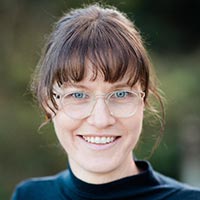 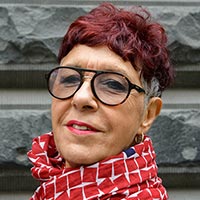 Learning more about edible native plants is one meaningful way to deepen your Indigenous knowledge — and integrate it into your teaching. Here are some practice-led resources to get you started.

This is the first article of a two-part series. The second article will offer 9 ways to build your confidence teaching Indigenous cultures and histories – with a focus on native edible plants.

The 2019 national Mparntwe Education Declaration requires all students to learn about the diversity of Aboriginal and Torres Strait Islander cultures. While it remains a priority in policy to develop a pipeline of Indigenous teachers, non-Indigenous teachers have a responsibility to recognise and celebrate Indigenous knowledge, culture and history.

One way is by bringing ‘bush foods’ such as murnong (yam daisy), gurnbak (fish) or guyeem (kangaroo) into your educational conversations and activities. Education plays an important role in sharing knowledge of edible native plants, making them available to all. It’s a place to raise awareness about who benefits from the commercialisation of Indigenous food. And teachers can make educational links to the historical, ecological and cultural politics of food.

Get to know your local land and water native foods

The crises of 2020 — bushfires and a pandemic — have amplified the possible role native foods, plants and sustainable agriculture could play in how we re-imagine our homes, schools and farms. But how many of us know what native edible plants are in our local environment, where to find them, and when and how to eat them?

How many food logos do you recognise in comparison to native edible plants?

For Aboriginal people, the interconnection between culture and food goes back thousands of years. Joanne Garnggulkpuy, a Wangurri elder from Arnhem land with bloodline connection wrote in The Guardian for IndigenousX:

Any food that grows in the ‘bush’ is a ‘bush food’. And almost all foods are, or were, ‘bush foods’ or ‘superfood’ in their original form. It’s best not to imagine Indigenous foods as different to other food sources but consider them equally for their place in our landscape, seasons,  history, and for their culinary potential.

The Australian Guide to Healthy Eating (AGHE) food plate infographic, often referred to in the HPE curriculum, includes a separate version of an Indigenous food plate (pdf). The image shows a galvanised tap for water and a kangaroo in the meat section, alongside images of processed beef and chicken. Yet this fails to capture the diverse Indigenous food practices.

Differentiated versions of an Australian guide to healthy eating, while well intentioned, can divide Indigenous and non-Indigenous food practices. They symbolise a disconnect from where many Indigenous or non-Indigenous people eat and practice food cultures in similar or different ways.

How the Indigenous food landscape changed

Australia’s first colonial cookery book was published by Edward Abbott in 1864. It included recipes of stuffed kangaroo and kangaroo pastie, and some convicts embraced native foods for protein or nutrients, such as vitamin C from warrigal greens. But early settlers systematically changed Indigenous food ecologies by pushing Indigenous people off their local estates.

Most settlers wanted to re-establish their familiar foods from Britain and Europe. Indigenous people were separated from rich multi-generational food culture, skills and production. This was replaced with a dependency on white food: white flour damper, tinned corned beef and beer. Now, many Indigenous and non-indigenous peoples are highly dependent on industrialised food systems that are scalable and global. There are also many communities that experience food insecurity.

The growing popularity of bush food

“traditional foods, also called ‘native foods’, ‘wild foods’ and ‘bush tucker’, are increasingly regarded as clean foods and have achieved a particular status within the global system of food cultivation, harvesting and production. These types of foods have found a niche market” (2012, p.23).

But bush foods are still only most accessible in these niche luxury markets — like the Qantas Club bread made with Wattleseed (Acacia coriacea) and Kakadu plum. Ingredients such as green ants, magpie goose, sea celery, samphire (sea asparagus) and karkalla are not easy to source, especially in large quantities. They are seasonal and often only appear on the menus of acclaimed restaurants like Attica. Although Cafe Mabu Mabu or Pawa Catering are some places working to make bush foods more accessible.

The growing popularity of bush foods has raised debate about Aboriginal ownership of cultural knowledge and production. An inaugural bush foods symposium was held in Sydney in 2019 for Indigenous businesses and knowledge-holders to discuss the rights of commercialised ‘native food knowledge ownership’.

Recently Connoisseur Ice Cream released an Australian Native Collection with Mark Olive’s signature, sold in Woolworths as a limited item. This offers hope of what Professor Zane Diamond refers to as “an ecologically sustainable, Indigenous rights-based, delicious, nutritious, postcolonial Australian gastronomy.” There is still a long way to go to normalise the celebration of Indigenous food knowledge and the responsibility that comes with this in caring for Country.

Education plays an important role in this – in fostering the awareness of rights-based cultivation, but also in sharing the knowledge of edible flora and fauna and making it accessible outside of fine dining.

Dr Rosie Welch is a colonial-settler who is teaching and researching on the lands of the diverse Kulin Nations.  N’Arweet Dr Carolyn Briggs is a Senior Elder from Boon Wurrung Foundation and former owner of Tjanabi, a high-profile Indigenous themed restaurant. They have been collaborating to integrate bush foods in education since 2016.

We would like to acknowledge some resources and people that have supported this work in different ways: Professor Zane Diamond, Professor Jacinta Elston, Dr Jen Rae (Fair Share Fare), Kristy Telford (Teacher, Rosewood Downs Primary), Rachel Crellin (Department of Education and Training) and the Monash Education Academy (MEA) for awarding a Small Teaching and Learning Grant in 2018 that supported a bush foods workshop with preservice teachers.

Indigenous plant use: A booklet on the medicinal, nutritional and technological use of indigenous plants (pdf), by Zena Cumpston, Clean Air and Urban Landscapes Hub, The University of Melbourne, Victoria, Australia.

Warndu, this small Indigenous-owned business offers free recipes and sells native Australian ingredients to use in those recipes.

Antonelli, A (2020). Director of science at Kew: it’s time to decolonise botanical collections, The Conversation.

Rhea, Z. M. (2012). Knowing country, knowing food: Food security and Aboriginal-settler relations in Victoria. Artefact: the Journal of the Archaeological and Anthropological Society of Victoria, The, 35, 17.

Australian Native Plants & Bush Tucker (private group, but you can request to join)

Bush Tucker & Sea Food (private group, but you can request to join)

Aussie campfire cooking and bush camping (private group, but you can request to join)

Australian Bush Food Recipes and Information (private group, but you can request to join)