A world-leading team of antimalarial researchers from the Monash Institute of Pharmaceutical Sciences (MIPS) have discovered a new class of molecules capable of killing Plasmodium falciparum, the parasite that causes malaria in humans through the bite of infected female Anopheles mosquitoes. 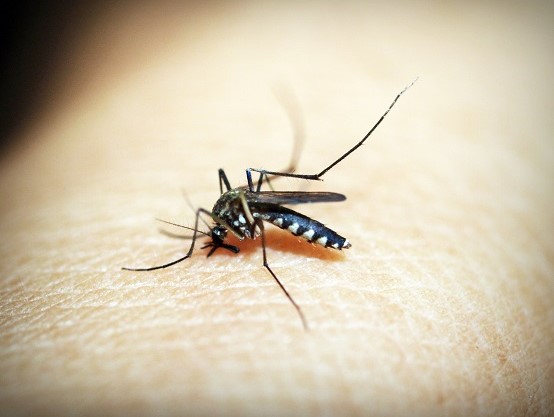 Over time, the parasite has developed resistance to the current frontline antimalarials, including artemisinin and chloroquine. To combat this, there is an urgent need for new molecules that act in a different way.

The team’s research has been published in the highly regarded European Journal of Medicinal Chemistry. The study was led by Dr Shane Devine and Professor Peter Scammells from the Medicinal Chemistry Theme at MIPS, in collaboration with researchers from the Drug Delivery, Disposition and Dynamics Theme including PhD candidate Matthew Challis and Associate Professor Darren Creek.

In the study, the team identified a new class of molecules, the ‘2-aminobenzimidazoles’ (ABIs) containing a phenol, that have high potency against Plasmodium falciparum, exemplifyinga potentially novel mechanism of action againststrains resistant to antimalarials such as chloroquine and artemisinin, while demonstrating no cytotoxicity against human cells.

Malaria kills around 400,000 people every year, with the vast majority of deaths occurring in children aged under five from the world’s most vulnerable societies. It is a global health crisis and there is a desperate unmet medical need for new, effective treatments.

Dr Shane Devine said: “The new compound class is really exciting, both from a chemistry point of view and, more broadly speaking, due to the antimalarial activity we’re seeing in strains resistant to current malaria drugs.

“Through a number of chemical modifications, our team has been able to alter the molecules so that it can kill the malaria parasites more effectively, with the most potent molecule representing a remarkable 12-fold gain in antimalarial activity from the starting molecule.”

Associate Professor Darren Creek, who played a critical role in determining how the compounds are working, said: “Concerted efforts have been made over the last two decades to implement first-line treatments against malaria, which has contributed to a steady decline in global malaria mortality.

“However, over the last 5 years this rate of decline has stagnated - while our research is still in its early stages, the emergence of widespread resistance to current frontline antimalarials means that new compound classes such as the 2-aminobenzimidazoles are urgently required.”

Also playing an integral role in altering the molecule to enhance potency is Medicinal Chemistry PhD candidate, Jomo Kigotho. Spending a lot of time in Kenya throughout his childhood, Mr Kigotho has himself had malaria multiple times and therefore has a personal connection to the research.

“I happen to be amongst the two billion malaria infections in the past decade and fortunately for me, an artemisinin therapy was enough. Unfortunately, there is a growing amount of resistance to these treatments so people are taking artemisinin-based medicines and not getting better. It’s exciting to be a part of the team at MIPS working towards safe and practical solutions that will hopefully get us one step closer to a cure for malaria.”

In terms of next steps, the team will now focus on gaining a deeper understanding of how the molecule kills Plasmodium falciparum, along with developing new compounds to improve the ABIs’ drug-like qualities.