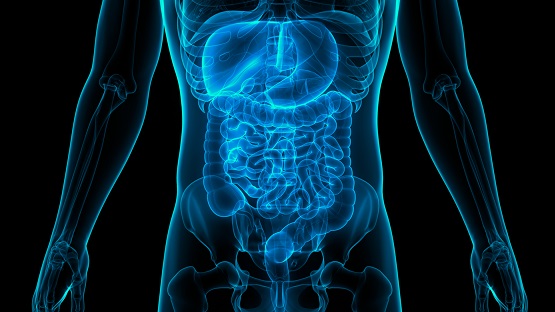 A drug delivery platform developed by Monash University researchers in partnership with PureTech Health plc (Nasdaq: PRTC, LSE: PRTC), has reached a significant milestone, showing for the first time in humans that a drug that currently must be injected due to breakdown in the liver after oral administration, may be administered as a simple oral capsule.

The data were generated with ‘LYT-300’ an oral form of allopregnanolone. Allopregnanolone is currently the only FDA-approved medication on the market specifically for the treatment of postpartum depression (PPD), however it must be administered as a 60-hour intravenous infusion, a method that has inherent limitations.

Current research suggests that PPD affects up to one in five new mums, yet readily accessible medications to specifically treat PPD are limited, and an unmet need remains.

The ongoing Phase 1 clinical study of LYT-300 showed that when orally administered via the new drug delivery technology ‘GlyphTM’, systemic blood levels were approximately nine-fold greater than that of orally administered allopregnanolone, based on previously published data2. This has the potential to dramatically increase practicality and usability.

This is the first clinical validation of the Glyph technology in humans. The platform, developed by Professor Chris Porter and his team at the Monash Institute of Pharmaceutical Sciences, piggybacks onto lipid absorption pathways, targeting drug absorption to the lymphatic system and away from the liver. This provides patients an opportunity to switch from invasive intravenous administration to a simple oral capsule.

Professor Porter said that this is a key milestone for Glyph. “These data show that allopregnanolone can be successfully administered orally, which is very encouraging not only for women with PPD, but also for those with other neurological and neuropsychiatric conditions, including other forms of depression, anxiety and sleep disorders, who could benefit from an oral form of allopregnanolone”.

Chief Medical Officer of PureTech, Julie Krop, M.D. said: “Natural allopregnanolone has demonstrated efficacy for the treatment of PPD and other neuropsychological conditions, but up to now has required IV delivery due to high first pass liver metabolism. LYT-300 is designed to unlock the validated pharmacology of natural allopregnanolone with a potential oral treatment option for PPD and a range of other neurological and neuropsychological conditions.”

The multi-part Phase 1 program of LYT-300 has three primary objectives – to demonstrate oral bioavailability, evaluate safety and tolerability across a range of doses, and to identify a dose to take forward. With the achievement of the first objective, additional dose exploration and the effect of food on oral absorption of the prodrug are progressing, and assessments of safety, tolerability, pharmacokinetics (PK) and pharmacodynamics (PD) will be measured. Dose escalation continues as no dose-limiting toxicities have been observed to date. The full results of the Phase 1 study will be shared in a future scientific forum.

LYT-300 is a clinical therapeutic candidate that is in development as a potential treatment for a range of neurological and neuropsychological conditions. Developed using PureTech's Glyph technology platform, LYT-300 is an oral prodrug of natural allopregnanolone. An IV formulation of allopregnanolone is approved by the U.S. FDA and administered as a 60-hour infusion for the treatment of postnatal depression. Allopregnanolone is a positive allosteric modulator of γ-aminobutyric-acid type A (GABAA) receptors and has been shown to regulate mood and other neurological conditions. PureTech initiated a Phase 1 clinical study of LYT-300 in late 2021, which is designed to characterise the safety, tolerability and PK of orally administered LYT-300 in healthy volunteers. Allopregnanolone is a neuroactive steroid and positive allosteric modulator (PAM) of GABAA receptors. Unlike benzodiazepines, allopregnanolone can provide both transient and longer-term normalisation of overactive neural circuits because it also acts at GABA receptors outside of synapses (J Genet Eng Biotechnol. 2021; 19:123). Dual intra- and extra-synaptic GABA PAMs have been shown to not only improve sleep (J Neurol Sci. 2021; 421:117277), but also mood (Brexanolone NDA).

About the Glyph™ Technology Platform

Glyph is PureTech's synthetic lymphatic-targeting chemistry platform which is designed to employ the lymphatic system's natural lipid absorption and transport process to enable the oral administration of therapeutics. Glyph reversibly links a drug to a dietary fat molecule, creating a novel prodrug. The linked fat molecule re-routes the drug's normal path to the systemic circulation, bypassing the liver and instead moving from the gut into the lymphatic vessels that normally process dietary fats. PureTech believes this technology has the potential to (1) enable direct modulation of the immune system via drug targets present in mesenteric lymph nodes and (2) provide a broadly applicable means of enhancing the bioavailability of orally administered drugs that would otherwise be reduced by first-pass liver metabolism. PureTech is leveraging validated biology to accelerate the development of a Glyph portfolio, prioritising highly characterised drugs to enhance with the Glyph technology based on the potential value unlocked in improving their oral bioavailability or lymphatic targeting. Glyph has achieved mechanistic proof-of-concept in the clinic with the first Glyph-generated therapeutic candidate, LYT-300 (oral allopregnanolone), which is being evaluated in a Phase 1 study. PureTech has exclusively licensed the Glyph technology platform, which is based on the pioneering research of Christopher Porter, Ph.D., and his research group at the Monash Institute of Pharmaceutical Sciences at Monash University. The Porter Research Group and collaborators have published research in Nature Metabolism, Angewandte Chemie, Frontiers in Pharmacology and the Journal of Controlled Release supporting the Glyph platform's ability to directly target the lymphatic system with a variety of therapies.