Mia Fallon, a third year pharmacy student travelled to  Arequipa in Peru on a pharmacy placement to see the differences between healthcare in Australia and the developing world. She shares her experience with us below.

Arriving into Arequipa airport alone was scary. But as soon as I saw a member of staff from Work the World (the organisation who planned my placement) waiting for me at the airport, all apprehension dissolved away. 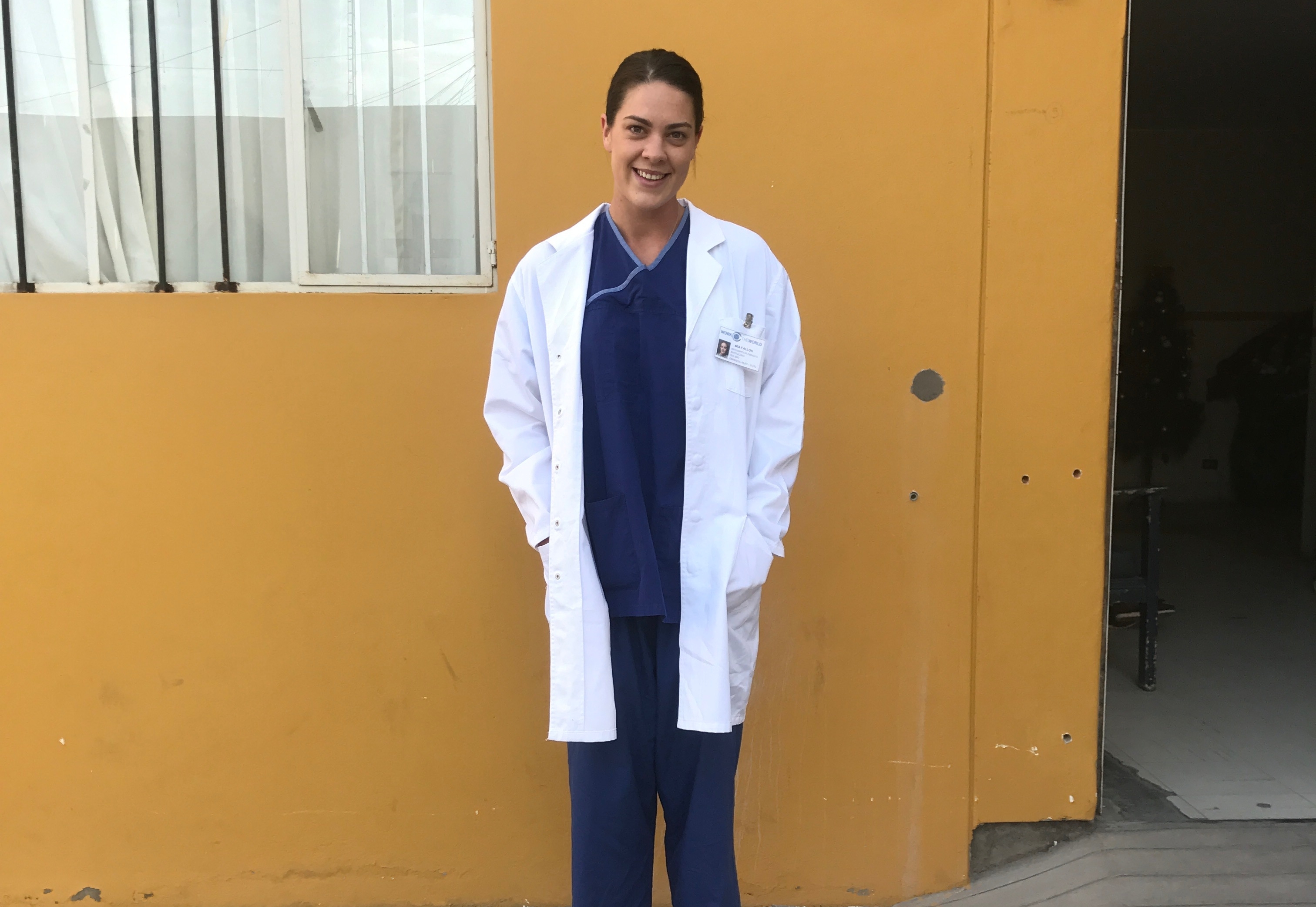 The team took me straight to the shared house I’d be living in. It was in a quiet residential neighborhood, and the first thing that struck me about the house was how modern and clean it was.

There was a nice backyard with a hammock and swing, and an amazing rooftop area with beautiful views of Mount Misti—one of the three dormant volcanoes surrounding the city.

Our rooms all had bunks, and I was lucky enough to share mine with a lovely British girl, who will remain a lifelong friend.

We had an orientation where the team explained the challenges we might face in the hospital. They taught us about the low socioeconomic status of many patients and the lack of resources available in the hospital.

The hospital was visibly underfunded but bursting with character. The level of care given to patients, and the professionalism of the health practitioners, was second to none.

I spent my first week in the oncology pharmacy, helping to prepare chemotherapy drugs and doing the morning rounds with the doctors.

I saw the lengths some patients went to to avoid conventional medical treatments, instead persisting with traditional herbal remedies. This was especially obvious when it came to cancerous growths. One such patient had a 15kg growth on her hip.

I also spent some time in internal medicine. I supplied medicines to the wards, and observed patients suffering from a range of different conditions. Despite the minimal available resources, the way in which doctors treated patients was admirable.

One particularly interesting thing about the Peruvian hospital system was the responsibility placed on the patient and their family. It was up to the patient or their family to go to the pharmacy to obtain and pay for all of the supplies and medicines needed for treatment.

They would then return to the doctor to commence treatment. There was minimal government assistance in this healthcare environment, placing the financial burden squarely on the patient.

I was also lucky enough to observe a mastectomy of a lady suffering from breast cancer. It was something I had never experienced before and probably never will again. It opened my eyes to the skill, precision and professionalism of surgeons.

Weekends were a great opportunity to explore both Arequipa and the surrounding areas. During the first weekend, we hiked down (and back up) Colca Canyon, the second deepest canyon in the world. The following weekend, we went whitewater rafting and downhill mountain biking.

On the Sunday, my housemates and I went on a Pisco Winery tour, which helped build some great friendships. At the end of my placement, I took a bus to Cusco and completed a five-day trek to Machu Picchu—one of the Seven Wonders of the World.

My pharmacy placement in Arequipa was one of the greatest experiences of my life. It taught me skills that I will implement in both my career and my personal life.

Work the World specialise in customizing overseas pharmacy placements in Asia, Africa and Latin America. Their destinations provide eye-opening insight into the challenges associated with delivering healthcare in the developing world.