The power of song: sharing First Nations languages through music

The power of song: sharing First Nations languages through music 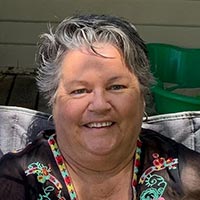 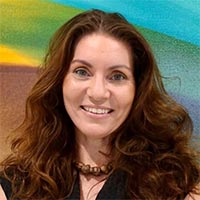 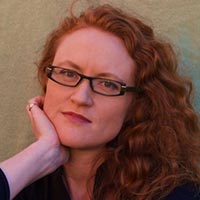 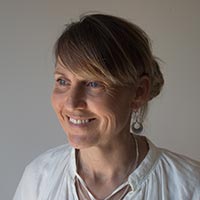 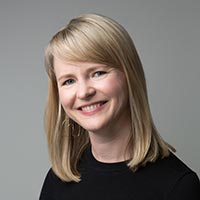 Music is a powerful tool for bringing Aboriginal and Torres Strait Islander perspectives into our classrooms. With deep critical thinking, community conversations and correct protocol, your language music project can engage children in new ways and help connect everyone to culture.

Extracts for this article are taken from the Kodály Vic Seminar: Including First Nations perspectives in the classroom, November 2020.

“When Aboriginal children sing in Aboriginal language they gain leadership, language acquisition, and it gives them a great sense of identity.” — Candace Kruger, founder of Yugambeh Youth Choir.

When First Nations languages and perspectives are included in classrooms through music, the learning outcomes not only encompass the whole school, but the wider community too, showing the power of music as a learning tool.

But doing a song project can take a bit of time to get right.

“The Australian curriculum mandates Aboriginal and Torres Strait Islander perspectives are to be included in our music classrooms,” says Renee Heron, Director of The Yarra Voices children’s choir. “But there is little information about how to do this respectfully, appropriately and richly.”

Kodály Victoria recently brought music educators together to explore how to better incorporate Indigenous perspectives into music classrooms to support Australian schools to make progress in this space.

Renee believes an important step is for schools and music teachers to “re-learn perspectives that centre Indigenous voices”, so teachers can “know better, do better and feel more confident about where to start.”

Looking at examples of how other educators have successfully done first language song projects is a good way to think through how you can approach similar work.

In 2020, Tarlo Birndang/Toorloo Arm Primary School on Gunaikurnai country in East Gippsland decided to embark on a musical journey supported by the Marrin Gamu initiative from the First Languages Australia.

The school wanted their music program to reflect the Marrung Aboriginal Education Plan (pdf), where all Koorie people achieve their potential, succeed in life, and feel strong in their cultural identity.

Marrin Gamu is a 'body parts' song, and a First Nation's language resource that goes with it, for schools all over Australia to use.

Their version of the song – Machta Dhuna – was recoded in the video production below.

As a team, they believe music can help create a culturally safe place of learning and connection – bringing people together. They saw the potential of using song to ‘create a positive climate for learning and development,’ as outlined in the Marrung Plan.

The resulting Machta Dhuna song is an East Gippsland example of how the process can create ripple effects, supporting culture and language revival in community and cross-collaboration between Traditional Owners, Elders, schools, children, teachers and parents.

Here's how they did it.

Deep research is critical to doing this kind of project authentically and, for Toorloo Arm Primary School, preparation was the most important part of the journey.

Teachers reflected on what they wanted to achieve, which was to strengthen good relationships with Aboriginal people in the community even further.

Aboriginal children in the school were the first to be asked if they wanted to do the project, before it was proposed to the rest of the school community.

“It was electric, [the children’s] eyes lit up, they were just so excited. When that happens, it gives you so much confidence to try it,” says Barbara Plant, Learning Specialist at Toorloo Arm Primary.

The school engaged Koorie Engagement Support Officers Lynnette Solomon-Dent and Hugh Pepper to guide and advise them each step of the way.

They connected with the local Traditional Owners group and consulted Elders weekly to connect the school with the community, learn important cultural knowledge and be given permissions from Elders, leaders and cultural managers.

Throughout this process they found it was essential to research, listen to experts and practice self-reflexivity. But their advice:

“Don’t let your own anxiety about doing this right stop you from doing the project.” Over three days, the children at Toorloo Arm Primary learned the song together in specialist classrooms and, as much as possible, on Country around the school grounds.

The music they were learning was the ‘vehicle’ for learning the region's first languages, and emphasis was placed on learning many Gunaikurnai words for body parts.

Children devised their own actions to go with the body song and a range of musical enrichment happened in the process of learning the song. The students devised percussion and ukulele accompaniment, the Koorie boys played Aboriginal clapsticks in collaboration with Hugh on the didgeridoo, and all learnt about recording music with digital technologies. And when not practicing the song, the children made puppets, posters, craft, read books, choreographed hip hop dancing and engaged in a place-name project in their other classes to support their language learning.

It was a whole school project, across all classes and subjects.

Once the final song was ready to be presented, the school invited parents and guardians to make an offering on Country, fostering deeper community connections. A ‘singing tree’ was planted in the school’s Indigenous flora garden in celebration of the project and the Aboriginal community’s contribution to the school. Music and language can help create a culturally safe place of learning and connection.

The school entered the video of their Machta Dhuna song into the ABC’s Indigenous Language Song competition 2019.

To capture the whole-school involvement, all teachers recorded videos of their students engaged in different aspects of the learning, which were collated for the final video.

This post-production editing of sound and video files requires specialised technical expertise with audio-visual software. To do this, the school maintained a community focus by enlisting the help of family and friends.

Learning and performing the Machta Dhuna song in First Language allowed Toorloo Arm Primary School children to reflect on the place of First Nations language and culture in their world.

“It made me feel proud that everyone was included,” said one of the local Indigenous children. “We’re learning our culture and it was actually fun!”

One non-Indigenous student reflected that “we should all learn Aboriginal culture because it’s part of who we are as a country.”

Local First Nations parents have also felt a sense of pride in the process. As one parent said: “The whole school came together for this, and I can’t even explain how good it felt.”

Some of these reflections were captured in a story by ABC Gippsland radio.

The school evaluated how the project impacted the whole school environment. They found it changed how Aboriginal language and culture is embedded across subjects and school community. The school’s student Koorie Leaders also interviewed other students and family members about the experience from their perspectives, which was an important part of the learning for teachers.

“[At Toorloo Arm school] there’s been an embedding of Aboriginal literature in the programs at school. Everyone has been so engaged in the immersive experience … [the impact] is not just tokenistic but there’s been an uptake and sharing across the curriculum,” says Barbara Plant.

The success of the project has motivated the school to sing more songs in first languages and is including schools across the region through a new initiative, the Gippsland Language and Song Project. 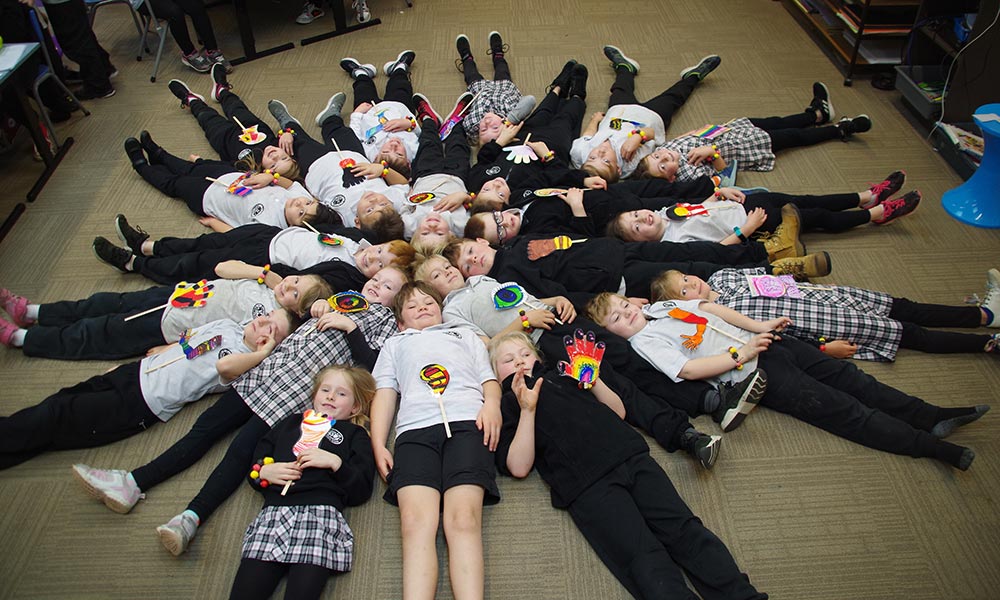 “We should all learn Aboriginal culture because it’s part of who we are as a country.”

Getting protocols and permissions right

The preparation work for the Toorloo Arm Primary song project was extensive. And having experts like Lynnette Solomon-Dent on the project team was critical in ensuring the process united everyone in the school community and Aboriginal community along the way.

She’s been working to embed first languages in schools for the last 40 years or so and says language must be included in learning across all streams — including the arts, science and storytelling. But she sees great potential in language inclusion in music.

“You can’t remember a story or poem in the same way you can remember a song. So the power of the song and music … makes a connection, rather than speaking words.”

Lynnette asks teachers to spend a lot of time talking to local families and Elders first. It’s something she can’t emphasise enough.

Before they started the Toorloo Arm Primary School project, Lynnette says they “took a lot of time to make sure all the protocols were in place and everyone had a say.”

She also encourages everyone to record their projects as a contribution to the ongoing knowledge collection and for future generations.

“You can’t buy resources off the shelf, so making videos is another resource that adds to that revival and reclamation of language.” 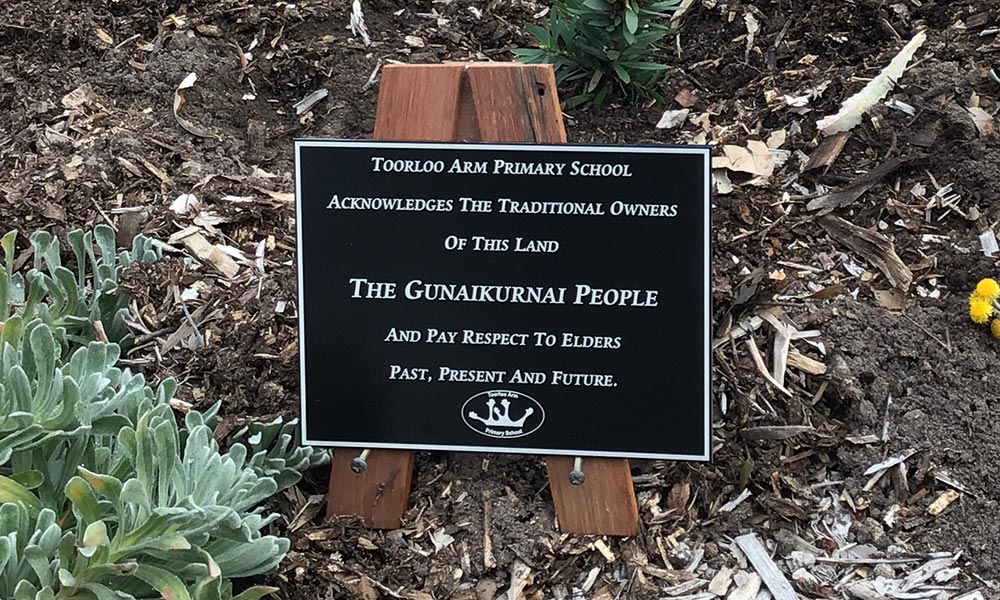 Acknowledging Country by putting words into action through the arts.

So, you have consulted with your local Aboriginal community, received permission, and have a project idea for your own music classroom. Now it’s time to choose the right song or project for your school. Here are three resources to help: