How aged-care facilities can become language labs for preschoolers

How aged-care facilities can become language labs for preschoolers 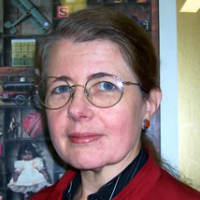 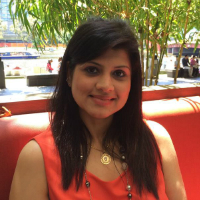 In Australia there are limited opportunities for young children to be immersed in language. There are also few trained second-language carers, educators and teachers working in early childhood.

Monash’s Maria Gindidis, Jane Southcott and Sarika Kewalramani have been working with the Protypo Greek Centre and the Fronditha Aged Care Centre to develop a new program that supports educators, teaches children and connects the generations.

The federal government’s Early Years Learning Framework calls on early childhood centres to support multilingualism, but it can be challenging.

One of the first challenges of bilingual programmes is to find and create spaces where children can be surrounded by the language they are learning.

Linguists call this immersion – it mimics the way we all learn our first language. For children, it’s natural and intuitive and is the fastest way to learn.

When it comes to community languages, immersion doesn’t always happen at home. Take the Greek community living in Australia. Children may be 3rd or 4th generation Greek, and English the dominant language at home.

The idea of intergenerational exchange is quite new in Australia, and is becoming increasingly popular with playgroups and kindergartens.

The Gonski 2.0 review highlighted the need for research into how cultural languages can link the generations, particularly in diverse communities.

We developed a pilot program for preschool children to learn Greek at the Fronditha aged care facility. All the residents there speak Greek as their first language. It provided an ideal Greek-speaking immersive environment.

It was also a way to connect the generations, and to ensure that Greek – as an important community language – is maintained.

It’s a new field and the results look promising. It can be adapted for community language schools working with young children.

The language lessons were developed using a Greek children’s story Come out Baby Chick, as the central theme for all the lessons.

Lessons were also structured using the Whole Brain Teaching program which uses repetition, and gets students to mirror the teachers actions to keep students engaged.

Come out Baby Chick is about a mother hen who sits on her egg for 21 days, and coaxes her baby chick to come out. It was not just a story, but also included lessons about the life-cycle of a chicken – a chance to learn about science.

Each 90 minute lesson was structured using proven techniques to learn a second language.

How it fits into the Early Years Learning Framework

The key elements of our language program

We used these evidence-based techniques with the children, and delivered the program entirely in Greek.

Children need more than one opportunity to understand what is being said. The more times a child hears new words and sounds, the more familiar they become. This makes the language easier to learn.

The story was repeated every week, reinforced by communicative expressions, colours, numbers and key vocabulary from the story.

Preschool children are generally preliterate, and therefore need to hear the language being spoken in order to learn it.

We relied on songs, rhymes and games to hold the children’s attention. Our teachers were enthusiastic and used specific gestures, which the children repeated.

The gestures were adapted from the Whole Brain Teaching program.

The teachers used gestures, facial expressions and other visual aids to help the children understand the all-Greek lesson.

The gestures were repeated every lesson. A new art-based activity was organised every week, using the story as the central theme.

We used Greek cultural symbols, music and food to encourage the children to engage and to reinforce opportunities for intercultural understanding.

We chose three traditional Greek children’s songs that were known by the elderly. We also chose two modern, upbeat Greek songs. This meant the songs had significance to both generations.

As language skills developed, children could learn without relying on visual cues.

Play-based learning is important in early language learning. At the end of each one-hour session, we factored in 30 minutes of free play.

This allowed children to spontaneously use the second language, as well as encouraging more interaction between the elderly Greek-speakers and the children.

Social connectedness was a big benefit of our language program

Our evaluation of the program showed the program had a big impact -- beyond the children learning a second language.

We observed the children as they developed social skills in a nurturing environment, and the elderly residents developed emotional connections.

By the end of the program the children had changed. They showed greater acceptance of seniors, a greater willingness to help and greater empathy for their older ‘Greek language friends’.

In our evaluation interviews, parents not only reported improved Greek language skills but also a change in the way their children spoke about older adults.

Centre staff observed that the residents involved in the program immensely looked forward to the program and felt connected to their kinder buddies.

There are also benefits for the wider community

How to set up an immersive language program for young children

The first step is to search your neighbourhood for aged care facilities that offer programs in second languages. Baptcare is a good place to start.

Then you need to decide whether language learning will happen at the aged care facility or another location, and agree on a schedule and location for lessons.

Allow enough planning time. It took six months for Monash to set up the partnership and launch our program with Fronditha and Protypo Greek Centre. This included pre-planning meetings, curriculum development and curriculum alignment, and the development of content as well as organising the schedule and deciding on a location.

This is the lesson plan for Week 3 developed for the Fronditha Aged Care Facility and Protypo Greek Community Centre.

It is an immersion program. No English is spoken by the adults.

Department of Education, Employment and Workplace Relations. (2009). Belonging, Being and Becoming: The Early Years Framework for Australia, Canberra: Australian Government.