Just days before his death, John was given the Pharmaceutical Society of Australia’s (PSA) Lifetime Achievement Award at the PSA 2020 Victorian Excellence Awards, an honour he shared with Valerie Constable. The award was merely the most recent milestone in a long and accomplished career championing both the pharmacy profession and the communities it serves in Australia and internationally. 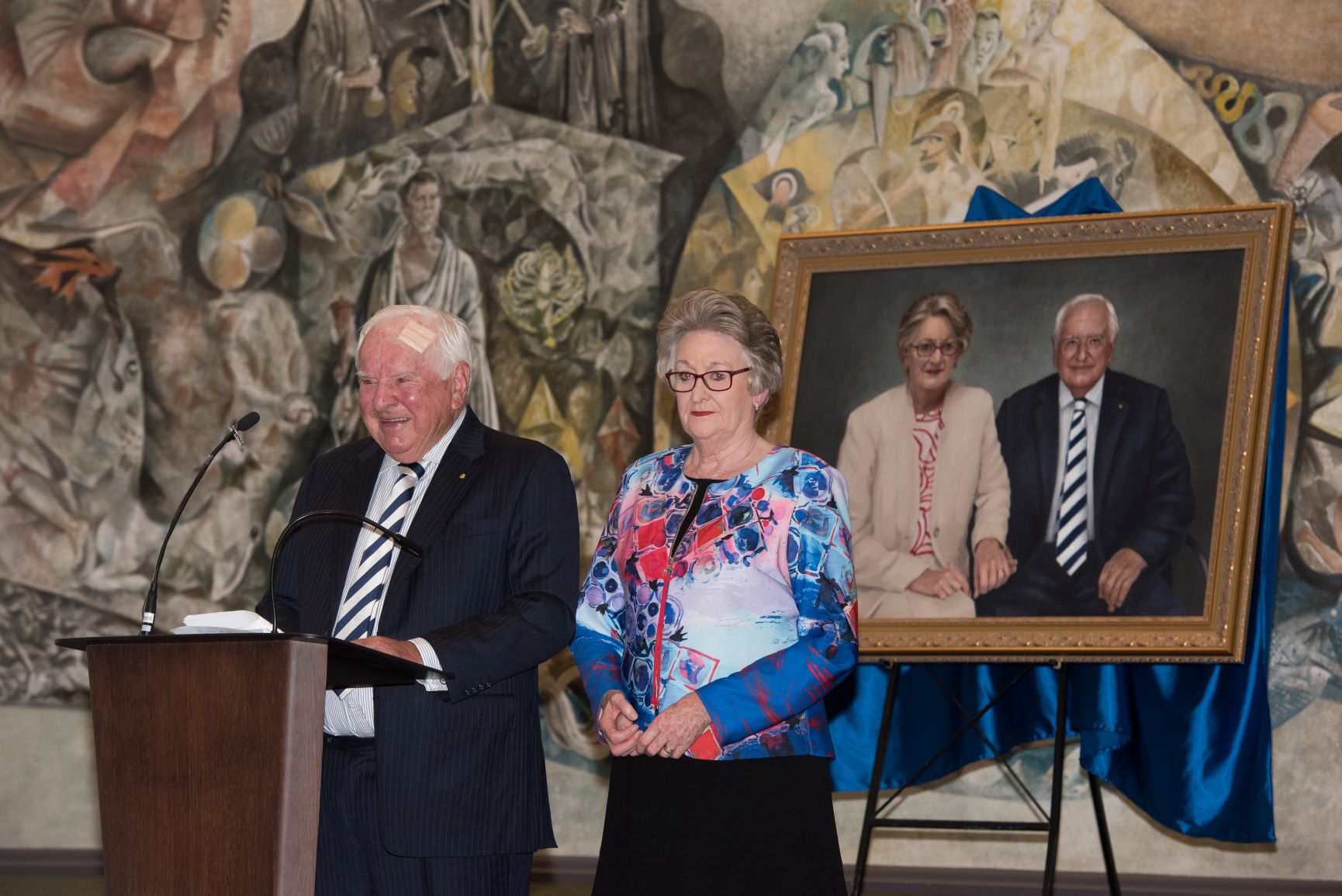 John Ware graduated from the Victorian College of Pharmacy (VCP) in 1950. He was a community pharmacist for 40 years, operating pharmacies in both rural Australia and Melbourne. In addition to his professional practice, John served on a number of peak professional bodies, both domestic and international. He was both National President and Victorian State President of the PSA, as well as President of the Australian College of Pharmacy Practice.

He was also Chair of the Faculty Council of the VCP during the so-called ‘Dawkins reforms’ of the early 1990s. In this position, he led the team that brokered the amalgamation between the VCP and Monash University in 1992 - a contribution to our Faculty that cannot be overstated and will forever be enshrined in our history. Fittingly, John was honoured with an Order of Australia for service to pharmacy education and professional development of pharmacy in the 2002 Australia Day Honours List.

John also worked with International Pharmaceutical Federation (FIP) for 10 years as its representative to the World Health Organization, Western Pacific Regional Office. The FIP is the global body representing over four million pharmacists and pharmaceutical scientists worldwide, whose mission is to support global health by enabling the advancement of pharmaceutical practice, sciences and education. In particular, John played an active role in the establishment of the FIP Regional Western Pacific Pharmaceutical Forum in 2001, which he successfully led for many years. FIP recognised his continuous support and contributions by making him an FIP Fellow in 2006 and awarding him the FIP Distinguished Service Award in 2014.

In 2019, together with his beloved wife Nariel, he was responsible for the largest ever endowment in the pharmacy education field within Australia: the $1 million John and Nariel Ware Fellowship in Pharmacy Education and Leadership. The Fellowship is a two-year postdoctoral position within our Faculty that supports research into pharmacy education in perpetuity, reflecting John’s long passion for constant innovation in pharmacy through contemporary instructional practices.

The Dean of the Faculty of Pharmacy and Pharmaceutical Sciences, Prof. Arthur Christopoulos, paid tribute to John Ware and his immeasurable contributions to pharmacy practice and education. “John was a giant in our field, and it is truly difficult to encapsulate in words his passion and his unwavering belief in pharmacy as a premiere healthcare profession that brings communities together in good times and even more so in difficult times - as we all experienced first-hand this past year”, said Prof. Christopoulos. “On a personal note, John has always been one of the most generous, caring and supportive individuals I have ever met. In my early days practising as a pharmacist, John was the first to impress upon me the importance of giving back to the profession through leveraging my research to advance practice in any way that I could, including through the delivery of continuing professional education to pharmacists in both metropolitan and in rural regions; John’s love and advocacy for rural pharmacy in particular is well-known. More recently, John has proven an invaluable mentor and guide, together with Peter Cook and John Coppock, through their roles on our Faculty’s Foundation Board as I have navigated my new role as Dean”.

“John will always remain a most cherished member of our history and pharmacy family. On behalf of Monash’s Faculty of Pharmacy and Pharmaceutical Sciences, I wish to extend our sincerest condolences and commiserations to Nariel and John’s large loving family of children, grandchildren, great grandchildren, mentees and friends in Australia and around the world”.