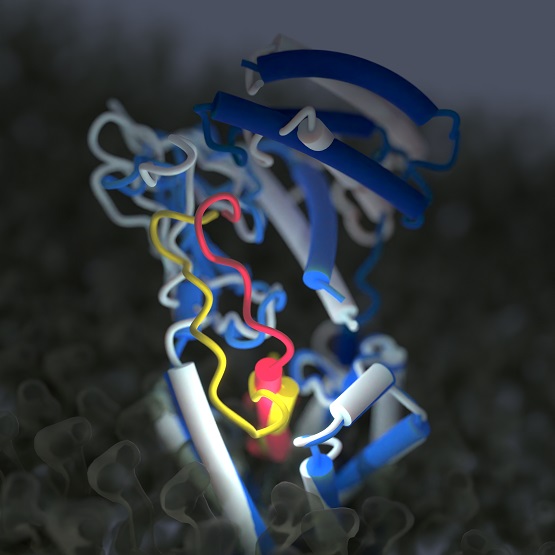 World first: Researchers from Monash University have harnessed cutting-edge technology to fill key gaps in our understanding of how promising new therapeutics could work for the treatment of obesity.

A class of drug candidates known as DACRAs, dual amylin and calcitonin receptor agonists, have recently caused a buzz of excitement due to promising results of the peptide drug, cagrilinide (Novo Nordisk) in clinical trials for obesity. The aim of these drugs is to aid weight loss.

However, until now, the details of how this class of drugs activate the different receptors was not known, therefore limiting their optimisation as a treatment for obesity. This new understanding uncovered by the team of researchers is critical to the progression of this therapeutic class.

Published today in the prestigious journal Science, the breakthrough study was led by a team of researchers from the Monash Institute of Pharmaceutical Sciences (MIPS) and the ARC Centre for Cryo-EM of Membrane Proteins (CCeMMP).

Excess weight, and particularly obesity, is a major risk factor for developing and hampering control of many diseases including cardiovascular disease, diabetes, and some cancers. One in four children and adolescents (2-17 years) and two-thirds of adults in Australia were overweight or obese in 2017-2018. It was estimated that 8.4% of the total disease burden in Australia was attributable to obesity in 20151.

DACRAs act across the calcitonin receptor and three different amylin receptors. Different companies have designed drugs from one of two distinct peptide templates but the molecular details of how these ligands activate the different receptors was not known. Despite recent promising data on new therapeutics, including approvals for the peptide drug, semaglutide, a member of the GLP-1R agonist class, there remains a pressing need for alternative therapies, or therapies with additive benefit.

In this study, the researchers tapped into significant recent advancements in the field of cryo-electron microscopy (cryo-EM) to, for the first time, demonstrate that amylin-template peptides activate the receptors via distinct mechanisms from calcitonin-template peptides.

“Cagrilintide is an amylin-based peptide and appears to be highly effective in people, however, calcitonin-based peptides are also entering clinical trials” said Professor Patrick Sexton, co-lead on the study and Director of the ARC CCeMMP. “Our data suggests that we could see quite distinct outcomes for the different drug subclasses”.

This was a surprising result because it was assumed that the molecular architecture of the amylin receptors would dictate how the peptides worked. Instead, the authors saw dramatic differences in the conformations and dynamics of the individual receptors when bound to different peptides.

Lead author of the study, Jianjun (Jason) Cao from MIPS said: “To really understand how these drugs may work, we needed to visualise molecular level details of how the different types of template peptides were bound to each of the four different target receptors”.

“Cryo-electron microscopy is incredibly powerful because it enables us to both capture molecular details of the interactions that drive activity, and simultaneously information on the dynamics of the protein that are critical to selectivity and function, but which are not accessible by most other techniques.”

“The team has revealed structural details on how calcitonin and amylin receptors are activated” said Associate Professor Wootten, co-lead on the study and leader of the Monash node of the ARC CCeMMP. “This work will support the development of next generation DACRA drugs as weapons to address the rising obesity epidemic.”

“This is a further example of the enormous benefits of fundamental basic research in addressing major unmet medical needs” said Professor Sexton.

This work was supported by funding from the Australian Research Council and the National Health and Medical Research Council. High performance computing was provided by the Monash MASSIVE program.