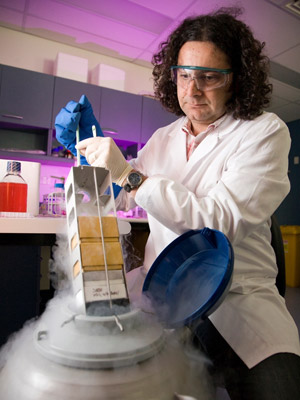 My field of expertise is the role sialic acids play in cell biology and various disease states, including microbial pathogenesis and cancer, having worked with a world leader in the field, Professor Roland Schauer, at the University of Kiel in Germany early in my career.

After my work with Professor Schauer, I became a Research Fellow at the Medical School Hannover (2002-2003), where I continued investigating the significance of sialic acid in cell biology.

Now at the Institute of Glycomics at Griffith University, my research interests are sialobiology, sialic acids in microbial and cancer development, the evolution of sialic acids, recombinant-protein expression and glycan-array technology.