Our research showcases the power of screen content and culture to reflect, question and transform the world.

Read about the Film and Screen Studies staff, learn about our teaching and research, and discover what drives our passion for film and screen. Dr Tessa Dwyer teaches across television, genre, storytelling, screen histories and theories. She specialises in language issues, voice/accent and translation on screen and her work has involved eye-tracking technologies, digital ethnography, video essays and interviews. Her books include Speaking in Subtitles (2017) and the edited collections, TV Transformation and Transgressive Women (2022) and Seeing into Screens: Eye Tracking and the Moving Image (2018).

Tessa has worked closely with ACMI (formerly, the Australian Centre for the Moving Image) on exhibition development and as part of its Re/New academic advisory committee. Her current research examines pseudosubtitling and original streaming content. Associate Professor Olivia Khoo teaches across Asian and Australian cinema and TV, film festivals and film theory. She is an expert in transnational and regional Asian cinemas, cultural diaspora, race and gender. She is the author of Asian Cinema: A Regional View (2021), The Chinese Exotic: Modern Diasporic Femininity (2007), and co-author of Transnational Australian Cinema: Ethics in the Asian Diasporas (with Smaill and Yue, 2013). She has also edited four books including The Routledge Handbook of New Media in Asia (2016).

Olivia’s leading research has been recognised through Australian Research Council (ARC) grants, international residencies and two visiting fellowships at the University of Singapore. Recently, Olivia wrote on race relations in the Australian screen industry for The Conversation. 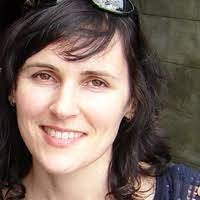 Professor Belinda Smaill teaches across documentary studies, environmental humanities and on media, sexuality and gender. Over the last decade, she has been researching issues concerning the nonhuman environment in relation to fact-based storytelling in film and television, focusing on how screen media might produce knowledge and solutions for a world facing environmental crisis. Leader of the Environment and Media Research Program, her research project ‘Remaking the Australian Environment through Documentary Film and TV’ is funded by the Australian Research Council. Belinda has published over 40 journal articles and book chapters, and her two books, Regarding Life: Animals and the Documentary Moving Image (2016) and The Documentary: Politics, Emotion, Culture (2010) have garnered international recognition. Dr Claire Perkins is Head of FSS and part of the Gender and Media Lab at Monash, which she helped establish. She teaches television studies, screen theory and representation, screen stardom and celebrity. Over the past five years she has focused on the gendered discourses of the independent (‘indie’) screen sector and on the broader dialogue between independence and feminism in film and television practice, reception and criticism. Her monograph American Smart Cinema (2012) was published by Edinburgh University Press and she is co-editor of six collections, including Independent Women: From Film to Television (2021), Indie Reframed: Women’s Filmmaking and Contemporary American Independent Cinema (2016) and Transnational Television Remakes (2016). Another of Claire’s key research interests is in media seriality, and she co-edits the book series Screen Serialities with Constantine Verevis. 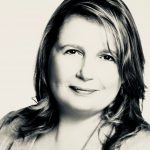 Dr Julia Vassilieva teaches across screen history and storytelling, the audiovisual essay, screen cognition, AI and screen bodies. Her research supported by an Australian Research Council DECRA award (2016-19) explored the relationship between cinema, mind and the brain. She is the author of Narrative Psychology: Identity, Transformation and Ethics (2016) and co-editor of The Eisenstein Universe (2021), Beyond the Essay Film (2020) and After Taste: Cultural Value and the Moving Image (2012). In 2018, she organised the symposium “Eisenstein for the Twenty First Century” at  Monash Prato, Italy, and in 2019, co-convened the first conference of the Eisenstein International Network at INHA, Paris. Her research focuses on cinema and neuroscience, film narrative and film history, European and world cinema.

Beyond the Essay Film Associate Professor Deane Williams teaches across Australian film and TV, documentary, essay films, digital and new media. He specialises in cultural networks, documentary film history and Australian documentary and utilitarian filmmaking. His books include The Cinema of Sean Penn (2015), The Grierson Effect (with Druick, 2014), three volumes of Australian Film Theory & Criticism (with King and Verevis, 2013, 2014 and 2018), Michael Winterbottom (with McFarlane, 2009), Australian Post-War Documentary Film (2008) and numerous co-edited collections including, most recently, Beyond the Essay Film (2020).

The Cinema of Sean Penn Billy Head specialises in the theory and practice of documentary, screenwriting and extended reality filmmaking. He runs the screen specialisation stream in the Bachelor of Media Communication, and also teaches media production units in Film and Screen Studies at both undergraduate and Master's levels. His films have screened at many international festivals worldwide and he has worked extensively as a freelance filmmaker. He has twice won a national Australian Teachers of Media (ATOM) Award and is the recipient of a number of prestigious international awards including a Platinum MarCom Award in the USA and a Silver Dolphin at the Cannes International Corporate Media and Television Awards in France. During 2020 Billy responded to the COVID pandemic by creating an interview series titled Media Practice in the Age of COVID19 produced for the Bachelor of Media Communication in the School of Media Film and Journalism.

Billy is also a current PhD candidate researching the relationship between documentary film and urban planning through the making of the 1939 documentary The City.

A selection of his video and film work can be viewed here: https://vimeo.com/yaytractor