Meet the Journalism staff: learn about our teaching and research and discover why we are passionate about your learning experience at Monash and enduring success. Fay Anderson is a media and oral historian who has worked closely with media organisations and cultural institutions throughout her career. Fay is fascinated by the history of journalism, news photography, and the power and ethics of the media.  She is particularly drawn to the representation of crime and genocide, race, gender, news culture, human rights and how journalists and photographers convey and mediate suffering. The National Library holds her collaborative oral history collections on Australian war reporting and press photography. Fay is passionate about educating our students both in the classroom and on field trips where they engage with industry and enjoy a truly immersive experience.

“I am deeply committed to preparing our students to think critically and creatively, interrogate and question evidence, and produce ethical and nuanced work. It’s a joy to watch our students gain the skills, determination and confidence during their degree and as they embark on their chosen and exciting careers.” - Associate Professor Fay Anderson Deb Anderson is an advocate for journalism for social change. She grew up beside the Reef and rainforest in Queensland, which helps explain her passion for environmental journalism. She then spent about 15 years working for newspapers and magazines in Australia and Britain, including the role of Education Editor for The Age. She still enjoys interviewing – nowadays through Monash research projects on wild weather, climate change and conservation. She has created oral history collections for Museum Victoria (on the millennium drought) and the State Library of Queensland (this is ongoing: on women's fight to protect the Great Barrier Reef). Deb also enjoys finding ways to help students gain an industry edge, by leading field Monash schools that take students into newsrooms in New York and Hong Kong and into NGOs in Nepal.

“Journalism needs you for your capacity to think critically. To scrutinise the evidence. To investigate the problems that permeate our society – as well as the solutions. It needs your empathy. Your open mind. And your desire to make a difference in the world.” – Dr Deb Anderson 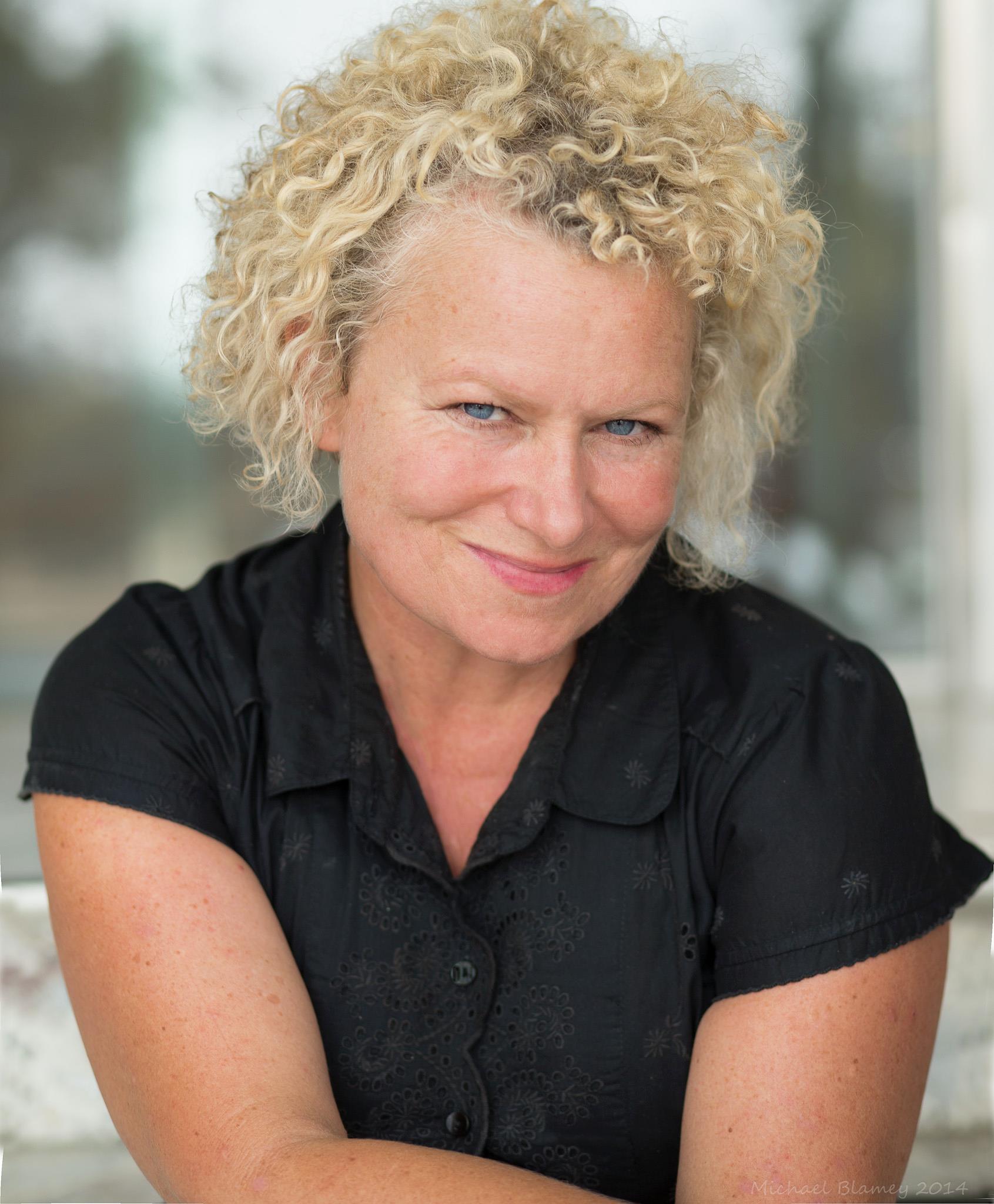 I lived in London during the 1980s to work as a midwife and wrote travel logs to my parents back in Queensland. In 1989 I moved to Melbourne and completed a Bachelor of Arts. By 1993 I began producing award-winning radio programs for the community radio and ABC’s Radio National. In 2001, I secured a journalism lectureship at Monash University, and completed a PhD. Author of 4 books and many journal articles, my current research area is ‘Examining sexual violence in the #metoo era in creative, urban spaces’. I have taught at Swinburne and La Trobe Universities and had research fellowships at Freie University (Berlin), City University of New York and the University of Texas at Austin.

“My first love is Arts journalism. The arts and culture are an inescapable part of what it means to be human, and arts reporters are its cultural mediators".  – Dr Andrea Baker Jennifer Bowen majored in philosophy at university and was undecided about future directions until a chance visit to the campus radio station. The lure of live interviewing proved irresistible and led to an extensive career in broadcasting in Australia and overseas. Jennifer worked as a producer for BBC radio across news, education and arts, becoming an Editor with the BBC World Service; returning to Australia, she has produced audio feature programmes and podcasts for the ABC. Jennifer taught part-time at Monash between 2011 and 2014, before undertaking a PhD in media history; she returned as a Lecturer in 2019 and is committed to equipping students to be at the forefront of the enormous growth in contemporary audio production.

“It is immensely satisfying to work with the human voice to make journalism that can be both moving and thought-provoking. There is a huge responsibility in deciding how to put someone else’s words before a mass audience, but also an exhilarating opportunity to be creative in how this is done.” – Dr Jennifer Bowen 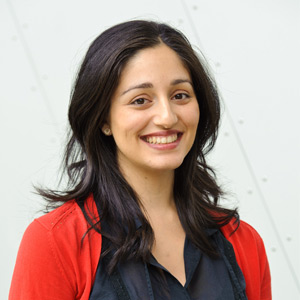 Dr Stephanie Brookes is fascinated by the way that political language and reporting can shape how we understand our identity and feel like we belong. She has an enduring interest in the role of the media and journalism in democracies, spanning areas like fact-checking, campaign coverage, political speeches and journalistic identity. Stephanie has developed a network of industry connections in journalism, political communication and fact-checking that spans Australia and the US. Shebelieves passionately in the importance of training the next generation of journalists to think deeply and critically about the role and power of journalism in society.

“I’ve always been curious about the power relationships that underpin the dynamic media cultures in which we live, and I bring this curiosity to my scholarship and into the classroom. The landscape in which political actors – from politicians to journalists and citizens – operate is always in flux, throwing up new and exciting questions about identity, democracy and power structures that continue to inspire my teaching. – Dr Stephanie Brookes Johan Lidberg’s passion and commitment to journalism stem from his first stint with the United Nations peacekeeping forces in Cyprus and the Middle East in 1987. He realised how public interest journalism can make a real difference in holding power to account.  He has been a journalist since 1989 and held various roles with the Swedish Broadcasting Corporation as reporter, presenter, news editor and foreign correspondent. He returned to the UN peacekeeping forces in Lebanon in 1992-1993 as a press and information officer. His research in access to information and media law and ethics feeds into his main teaching areas. He also brings extensive industry connections in Australia, Europe and Canada to his teaching. He joined Monash in 2010.

“There has never been a more important time to learn the skills of public interest journalism and I love watching students grow both in knowledge and in confidence. There are times when you observe, both in class and in their work, that “the penny has dropped” and that the student has taken the next step in their learning. It’s so rewarding and a privilege to be part of that journey.”  – Associate Professor Johan Lidberg Alicia has been a journalist and academic for the past 20 years, specialising in television reporting, production and management, while teaching journalism in Monash University's Undergraduate and Masters programs. Alicia has worked in four commercial tv newsrooms, beginning in the country at WIN News before moving into metropolitan newsrooms in 2007 where she has worked for Network Seven, Network Ten, The Nine Network and filed stories for CNN. She was part of the Seven News Melbourne team to secure a Walkley Award and Silver Logie for coverage of the 2009 Black Saturday bushfires. Alicia is the staff editor of MOJO News, Monash's highly acclaimed flagship journalism publication. 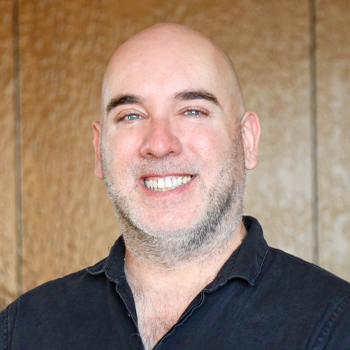 Program Director of the Master of Journalism
Senior Lecturer in the School of Media, Film and Journalism

Senior Lecturer Matt Mitchell’s interest in journalism was founded by the invention of his own local newspaper as an 8-year-old boy in his hometown. Since making his childhood dream official with a degree in journalism from the University of Queensland, Matt has embarked on a varied and fulfilling career in newspaper journalism, media analysis, radio, and television, before completing a postgraduate degree in media and communications. His 30-year-old career has brought with him strong industry connections, a broad range of experience, and a ‘not-so-little black book’ of household names and celebrity contacts. Matt believes that the advent of the internet has challenged traditional journalism to become more agile and multi-faceted, and is proud to see his students go on to lead successful careers in journalism all over the country.

“Journalists today can be more agile, more creative and more innovative. We can circumvent traditional media outlets and create our own content, but still underpin this with ethical and effective journalistic practice. For me, there's never been a more exciting time to be a journalist.” – Mr Matt Mitchell 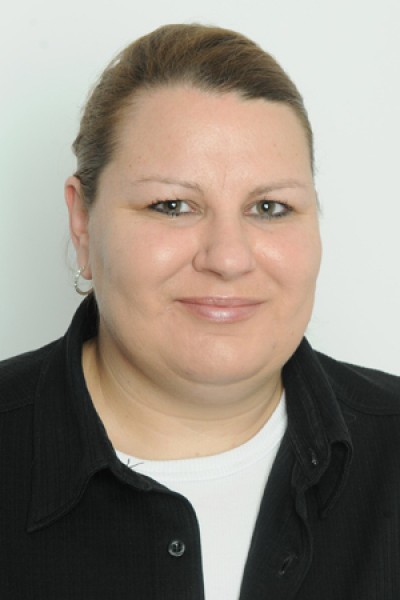 Julie has lectured in digital journalism and sport journalism in Monash University’s School of Media, Film and Journalism since 2009. Julie has worked as a journalist since 1990, and enjoyed a career at News Corp for more than 20 years. She was formerly the Herald Sun’s Homepage Editor, Night Digital Editor and Sports Digital Editor (Nights). Julie was a member of the Herald Sun Online team that won a Walkley Award for Outstanding Continuous Coverage of an Issue or Event for its coverage of the Black Saturday bushfires in 2009. Julie reported at the 2004 Athens Olympics and was awarded the 2004 ASCTA print media award for swimming. In 2003, Julie won the Commonwealth Sports Award for her contribution to sports journalism. A qualified educator, Julie has taught journalism since 2006. She was a News Corp teacher of journalists for seven years. Julie is Journalism’s Professional Placement Coordinator and Internship Coordinator. She also prepares students for industry placements and job opportunities.